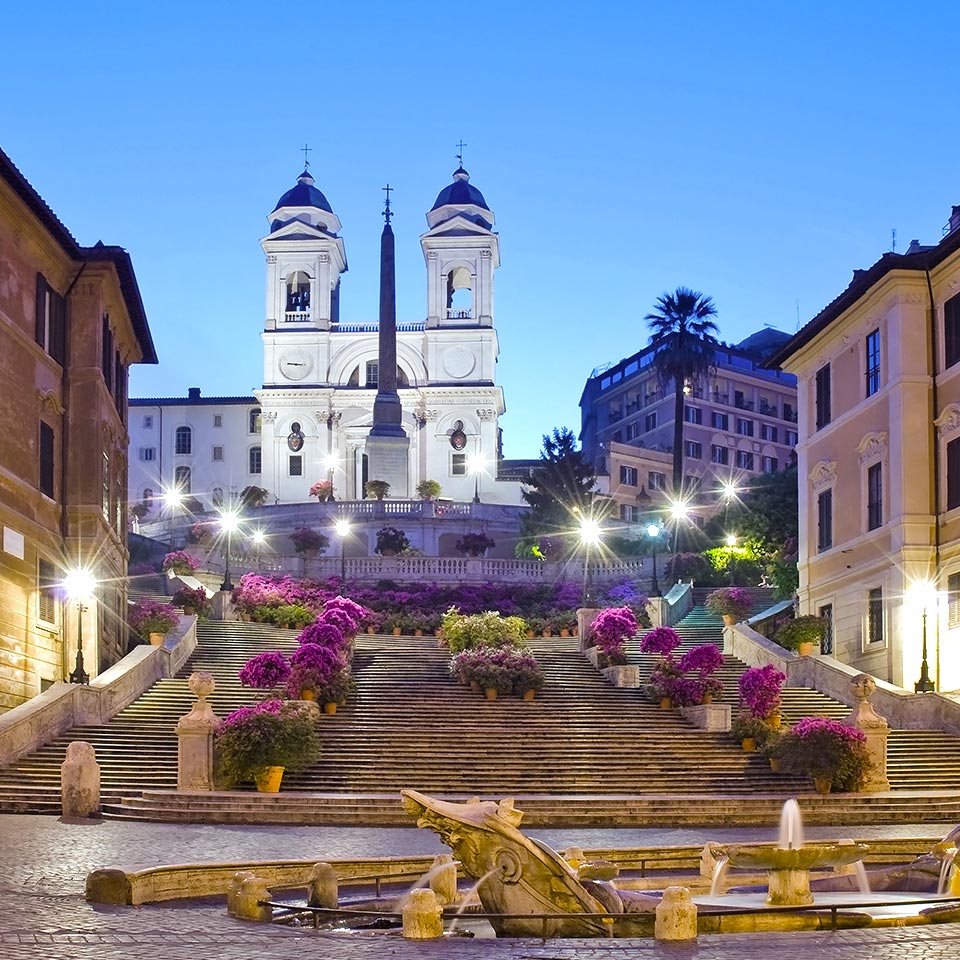 Enjoy a beautiful walk through the heart of Rome, a shrine under the protection of the Unesco for its priceless value. Piazza Farnese, Campo dei Fiori, Piazza Navona, the Pantheon, the Trevi fountain and the Spanish steps. All these sites in 5 hours with your private english speaking guide that will tell you the stories and the history of these places.

We will visit the main Squares of Rome.
Let’s discover the city of Rome, strolling through the monumental and hidden squares built during the age of the Popes.
Each square keeps the atmosphere of the Middle Age, the Renaissance and the Baroque years, dominated by corrupt and powerful Cardinals, the real Princes of the Church.
Since the Imperial Rome, the City has been ruled by the most powerful families who settled here, coming from Spain, Florence, France. Rome was the heart of Catholicism and influenced the history of distant places like England, the German Empire, Austria, Spain.
We start from Piazza Farnese, the residence of this Tuscan family, who built the monumental palace, also projected by Michelangelo.
Then we walk to “Campo de’ Fiori”, once a countryside grassland, which was used as the market of the flowers in the Middle Age. A local and lively market is still held here in the morning, with a gloomy bronze statue dominating the center of the Campo: it’s the tribute given by the anticlerical new State of Italy in 19th Century to Giordano Bruno, the heratical monk burned alive by the Church.
Leave these memories for reaching the beautiful “Piazza Navona”. This oval square was built over the ruins of the private circus of the Roman Emperor Domitian, brother of Titus, the conqueror of Jerusalem. “Piazza Navona” was the private forum of the arrogant Pamphilis, great clan of cardinals and popes. The most famous artists of the Baroque worked here: Bernini built the wonderful “Fontana dei Quattro Fiumi” in the center, just in front of the church of St Agnes, built by his rival Borromini. After this we pass by “San Luigi dei Francesi”, the church of the French, by the huge palaces of the French Cardinals, and if the church is open, we’ll skip inside for having a look the three picture of the notorious painter Caravaggio, murderer and genius.
So we reach “Piazza della Rotonda”, “the round temple”. The Pantheon is the only complete Roman temple still standing, with its enormous dome, the rich marbles and the tomb of Raphael.It was a temple dedicated to all the Roman Gods and it was transformed in a Christian church in the early Middle Age, when Christianity became the only accepted religion of Roman Empire. Once inside, you will be overwhelmed by the scale of this monument.
Let’s cross “Via del Corso”, the ancient path of the Roman Via Lata, linking the northern gate of Rome to the Capital Hill and reach “Fontana di Trevi”. It’s the monumental end of a still working Roman aqueduct, a place renown for the traditional tossing of the coin in the fountain, and a splendid example of late Baroque art.
From there, we will reach the famous “Piazza di Spagna”, the Spanish Steps, built by the King of France for reaching the French Academy and the Church of the “Trinità dei Monti”.
… finally comes time for an ice cream: here the famous “chocolate truffle” was invented.