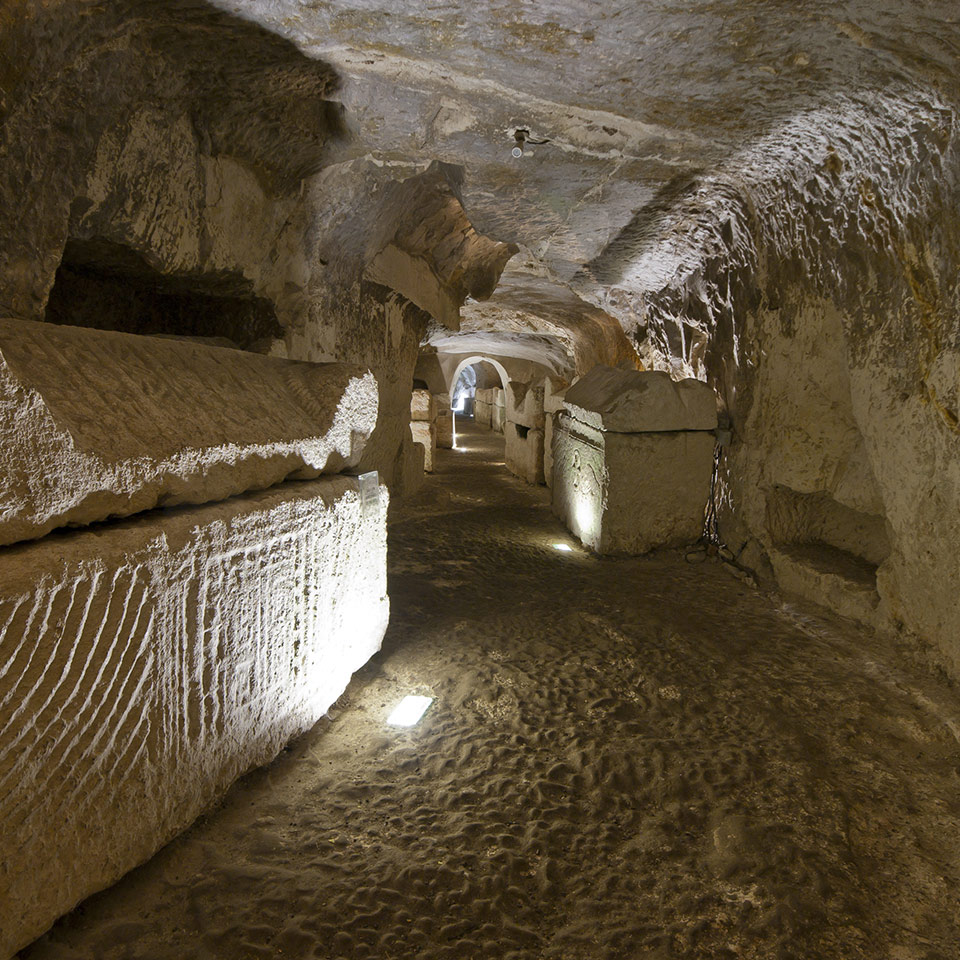 Vip tickets to skip the line and enter the most visited museum in the world. Twenty thousand people per day enter this museum to enjoy Michelangelo as a painter (Sistine chapel), as an architect (St. Peter basilica) and as a sculptor (the Pieta’). After the Vatican you will visit the catacombs, the early christian cemetery along the Appian way.

Enjoy one full day of immersion in the heart of Christianity, visiting the most astonishing monuments of the religious Rome.

A car will pick you up and drive you to your English speaking licensed guide of Rome directly at the entrance of the Vatican Museums. Skipping the one mile-long line, you will enter the most visited Museums in the world to admire the magnificent galleries along the Pope’s Palaces. You will see the collections of Greek and Roman statues, the mosaics, the monumental statues of the Emperors and the works of art collected along the centuries by Cardinals and Popes. Follow the path used by ambassadors and princes of Europe before meeting the High Pontiff.

At the end of the series of halls of the Museums, you will enter the Sistine Chapel, which is one of the holiest places for Catholics, together with the Tombs of St Peter and St Paul. Admire the colossal fresco of Michelangelo, describing the past and the future of Mankind, from the Creation to the Last Judgment. The Sistine Chapel hosts the Conclave, the solemn election of the popes and from here the Cardinals – through the famous white smoke – tell the people assembled in St Peter’s Square, that the Church of Rome has a new Pope.

Then, you will reach the Basilica of St Peter, the largest church in the world, triumph of the Baroque art and full of the masterpieces of Gian Lorenzo Bernini and Antonio Canova. You will feel humble in front of the bronze Baldacchino over the main altar, in the centre of the church under the overwhelming Dome of Michelangelo, in axis with the Tomb of St Peter.

Leaving the church, the guide will suggest you one of the many restaurants in Rome.

At 2 pm, your car will drive by the famous Coliseum, the gladiatorial game circus, and the Circus Maximus, the favorite pastime of the Romans. You reach the Catacombs and visit the underground cemetery of the earliest Christians. This awesome maze of galleries hosted the tombs of popes, saints, and common people for centuries from the first persecution in the Emperor Nero’s time.

Vatican Museums
All Sundays (except on the last Sunday of the month), the first and 6th of January, 19th and 28th of March, 29th of June, 15th of August, first of November, 8th and 26th of December.

Catacombs
All Wednesdays, from 26th of January to 22nd of February, the 25th December, the first of January and on Easter.