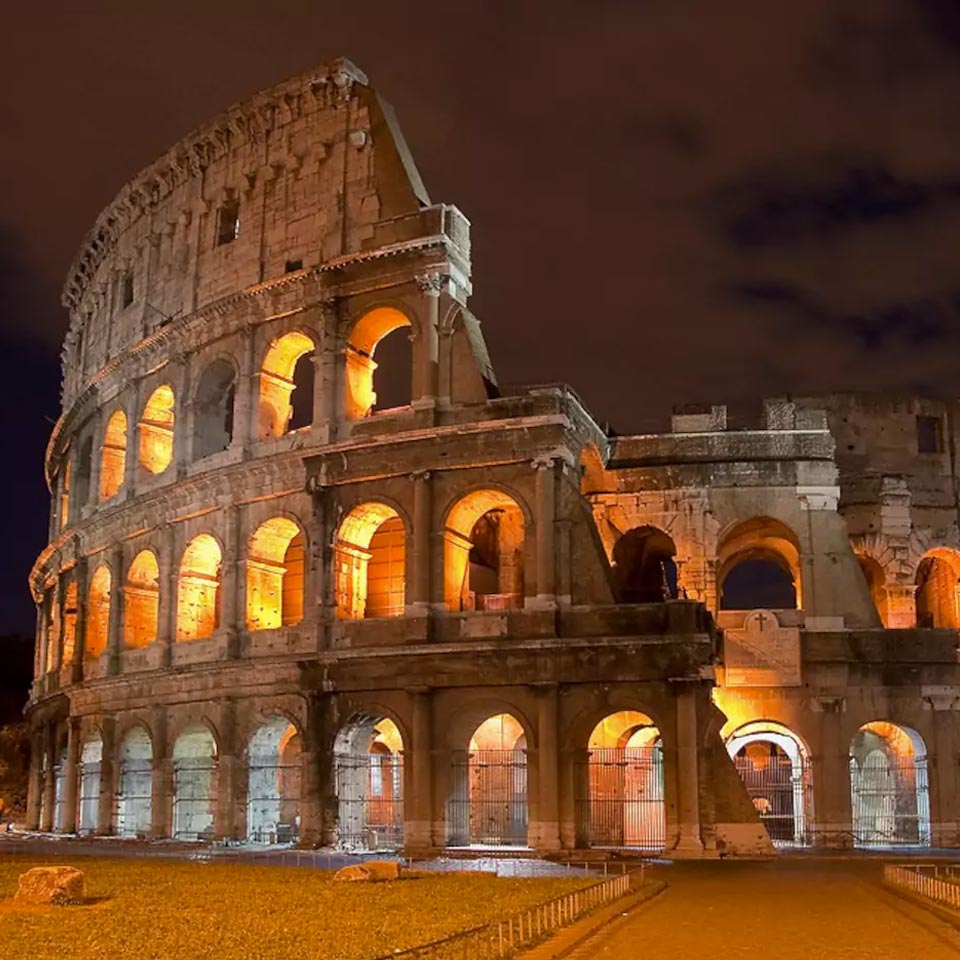 This tour will take you through two thousand years of history: starting from the roman forum to the last baroque monument added to the city of rome in the 1732. You will learn of the seven kings and the emperors and will see the most beautiful squares of Rome, some of them built on top of roman ruins, some others built for the vanity of the popes.

One full day for visiting the most dramatic sites of monumental Rome, both Imperial and Christian.

You will be picked up by our chauffeured car to meet your licensed English speaking guide in front of the Coliseum. You will see the most famous symbol of the Imperial Rome, where thousands of men fought and died. Dropped by the monumental Triumph Arch of Constantine, you skip the line and enter the galleries of the Amphitheatre Flavius, as it was known by Romans. You will see the arena, the battleground from the first level, where the rich middleclass merchants watched the duels who made this monuments famous all over the world. Then you will reach the lower level , imagining the noise and the smell of 70.000 spectators watching the best gladiators killing each other or fighting exotic animals, only for the leisure of a lazy and corrupted populace.

Leave the Coliseum and enter the Republican Roman Forum, the biggest concentration of public and religious monuments built in the heart of Rome. Stroll among the tall Basilicas, the Curia, the temples, the place of the cremation of Julius Caesar.

Leave the Forum behind and reach the top of the Capitoline Hill, once the core of the city, the place where the Gods lived! Now the hill, is literally covered by monuments, such as the Capitol square, projected by the Renaissance genius Michelangelo, the ancient church of Ara Coeli and the neoclassical Monument of the Unknown Soldier, built by the first King of Italy in the 20th century, donned the Typewriter by American GIs, when they liberated Rome at the end of 2nd World War.

Have your lunch in one of the many small trattoria in Piazza Navona, once the circus of the Emperor Domitian, now a startling beauty of fountains and Baroque triumph. You start an amazing walking tour across the most famous squares of Rome. You will visit the ancient temple of the Pantheon, now a Christian basilica, famous for the largest concrete dome in the world.

From there, walk or drive to Trevi Fountain, Spanish Steps.

Coliseum, Palatine Hill and The Roman Forum are closed the first of January and the 25th of December