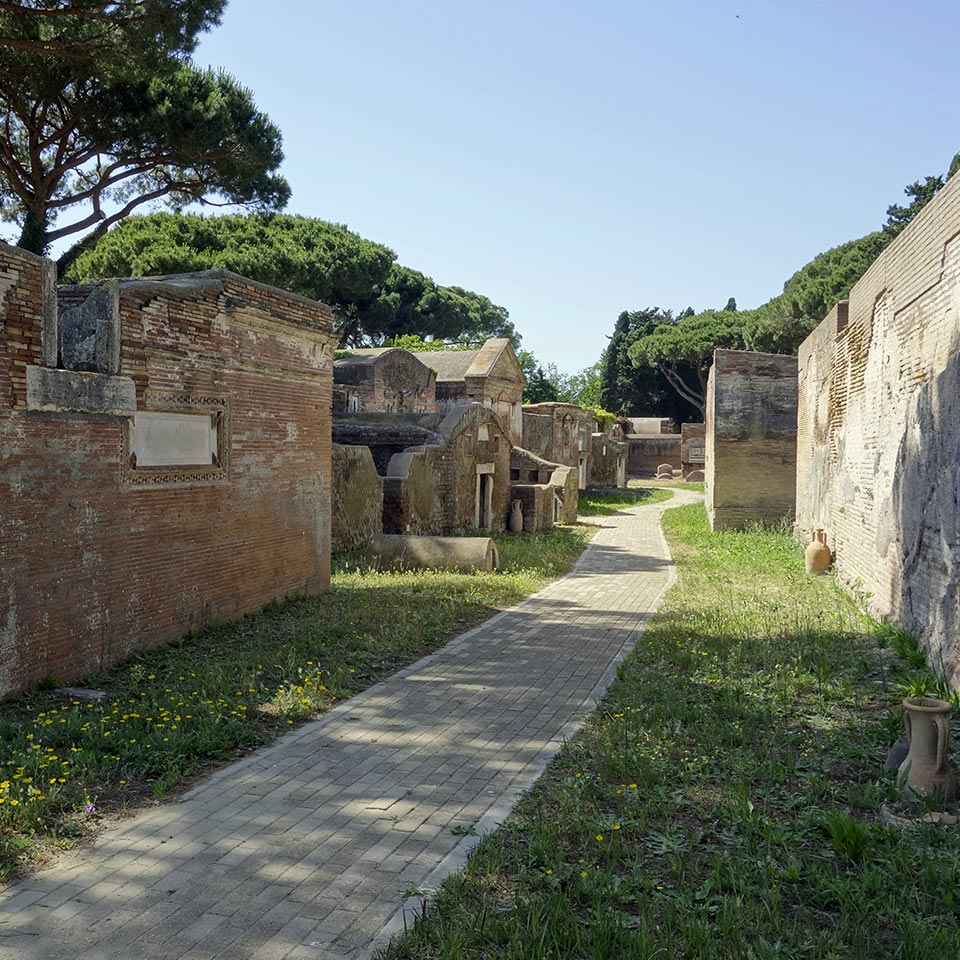 Drive only 30 minutes to discover one of the best preserved roman cities: Ostia. Walk through roman houses and see how a public toilets were made. An ancient “Thermopolium” (inn) is waiting for you: here romans came to drink some wine and to find the company of beautiful girls. Enjoy the view of a roman theatre in this “out of time” place.

Imagine a Roma city blocked in time, with its maze of roads, flats, villas, temples, theaters.

One thousand and a half years ago Ostia Antica was covered by the mud of the mouth of the river Tiber and since then it has been preserved to be discovered last century.

The early part of the Republican Ostia was settled in the 4th Century B.C. and has seen the most of merchandise imported to Rome. Every new conquest of the Empire sent good, grain, wine, silk to Ostia to be brought along the river to the centre of the Eternal City.

Huge warehouses kept the grain sent by Sicily, North Africa, Middle East before being distributed to the poor of Rome.

Ostia Antica is a calm place , with villas, baths, and public buildings surrounded by tall pine trees and laurel bushes, a place where you get lost turning a corner and finding traces of mosaics or climbing the stairs of an insula, the block of flats of the middle class merchants.

This quiet place, not known by the mass tourism, has forgotten the noise and the chaos of hundreds of charts and slaves boarding the boats floating up the river.

A city of 40.000 inhabitants, rich and important, is always been the “mouth” of Rome, feeding the metropolis of more then one million people.

You will stroll among the ruins, visit the monumental theatre and the baths, the first synagogue in Europe, the many small temples dedicated to the gods of all the Mediterranean countries.

After having seen of this Pompey along the river, only half an hour distant from the city centre, on your way back, you will pay a visit at the amazing second largest church in Rome, St Paul-outside-the-wall, along the Via Ostiense. The site of the martyrdom and burying of Saint Paul, is one of the most revered Basilicas in Rome, with the original mosaics of the 12th century and the monumental entrance.

Tour Highlights
What is included in this tour?
Closing Days

Ostia Antica Excavation are closed all Mondays, the 25th of December, the first of January and the first of May

St Paul outside the wall